This Thanksgiving, we took a trip to the motherland of hockey - Canada! Dan wants to see games at every NHL arena in his lifetime, and we got the chance to watch hockey in Calgary, Edmonton, and Vancouver during the holiday weekend. It was also fun to see the areas of Canada we'd never visited before. Dan loved it, of course - the whole culture there revolves around hockey. Kind of the way Americans love football.

Although we were in another country, it didn't feel like it. Except they had "washrooms" instead of restrooms and they're on the metric system. They had many of the same hotels, restaurants, and stores that we have, and the driving laws were similar. The one big difference is that people actually follow the rules there. For instance, people drive at least within 10 miles of the speed limit and only use the left lanes of the freeway when they're passing someone. And when the road merges from three lanes to two lanes, no one uses the right lane that they know is about to end to cut off all the cars that are waiting patiently in line. We were in awe.

Anyway, we had a great time and got to see a lot of places in a few short days. Plus, it actually felt like winter there, so it was easier to believe that the holidays have arrived! Below are some photos of our whirlwind trip.

We started in Calgary, which is a beautiful metropolis in the middle of farmland. 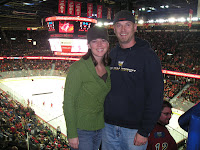 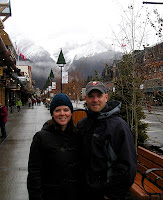 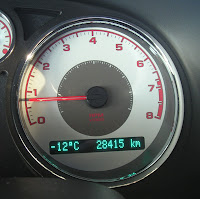 From Calgary, we drove to Edmonton, where it got REALLY COLD. 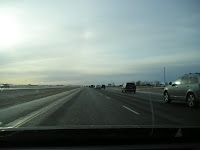 Look! No cars in the left lane! (except for us because we were passing someone at that very moment, I swear!) 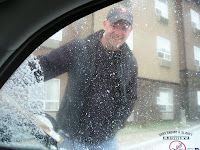 Dan brushed snow off our car for the first time in about 5 years! 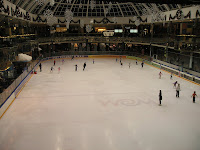 We spent several hours walking through the West Edmonton Mall - the largest mall in North America. They've got all their entertainment rolled up inside the mall, including the ice skating rink above. 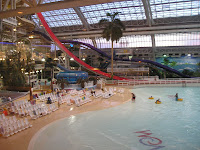 And a giant wave pool/water park 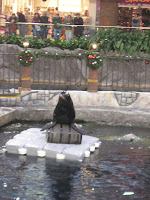 They had several animal shows going on during the day - we saw the sea lion show. 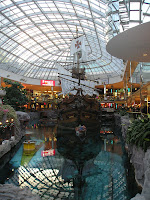 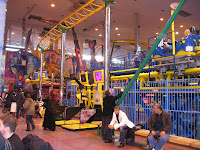 And last but not least, they have an entire amusement park inside the mall! We rode the biggest roller coaster they had there, and it was so funny to go up the hill towards the ceiling. 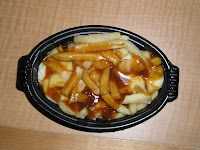 Dan ordered a local specialty - Poutine, which is made of french fries, gravy, and cheese. I guess it's no worse than chili cheese fries, but I thought it was weird. 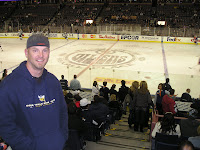 After a full day at the mall, we watched the Edmonton Oilers play the San Jose Sharks 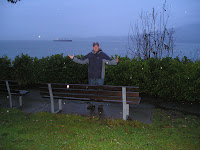 After touring Edmonton, we flew to Vancouver for our last hockey game. We had a few hours before it started, so we drove to Stanley Park and found the exact place where Dan proposed to me over 7 years ago! Definitely one of the best spots in the world, in my opinion! 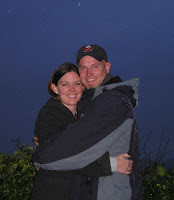 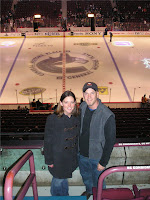 Our final game before heading home was Vancouver Canucks vs. Edmonton Oilers. We both love watching hockey live, and if we move to a city with a hockey team, we'll definitely get season passes!
Posted by The Jesters at 3:01 PM

Looks like you had an amazing time. Now I want to go:)

You know Dallas has a hockey team...

Looks like a great trip! I'm jealous of how much you guys travel!