We recently had a couple of fun weekends away from home.  We spent two nights and days at the Pine Valley Bible Conference Center, where Dan's junior high and high school retreat is held each year.  It's only a 45-minute drive from San Diego, which is nice since it's an easy distance with a toddler.  The retreat center coordinator had given Dan some vouchers to use personally, so we used them for a family retreat. It was lots of fun, although a bit awkward sometimes to be there on our own since the place was packed with youth groups.  Everyone around us was obviously on a schedule that had them playing group games outside in the morning, meeting in the conference room for devotionals in the afternoon, etc.  We were gloriously unscheduled and had no agenda for our days except mealtimes, since meals were provided in the mess hall at specific times.  Emma had a cold, but it didn't stop her from wanting to explore everything!

Our second getaway was to Fort Worth, TX, to visit my parents and brother, Paul.  We normally have a family reunion with my mom's side of the family during Labor Day weekend, but it was cancelled this year since most of the extended family wasn't available all weekend.  Instead, we had a really nice, relaxing weekend at my parents' house and our extended family joined us that Monday for one big meal.  Emma, my mom, and I also spent a few hours with my cousins Tricia and Emily and their kids. We're so glad we got to spend time with everyone!

Here are some pictures of our getaway weekends. 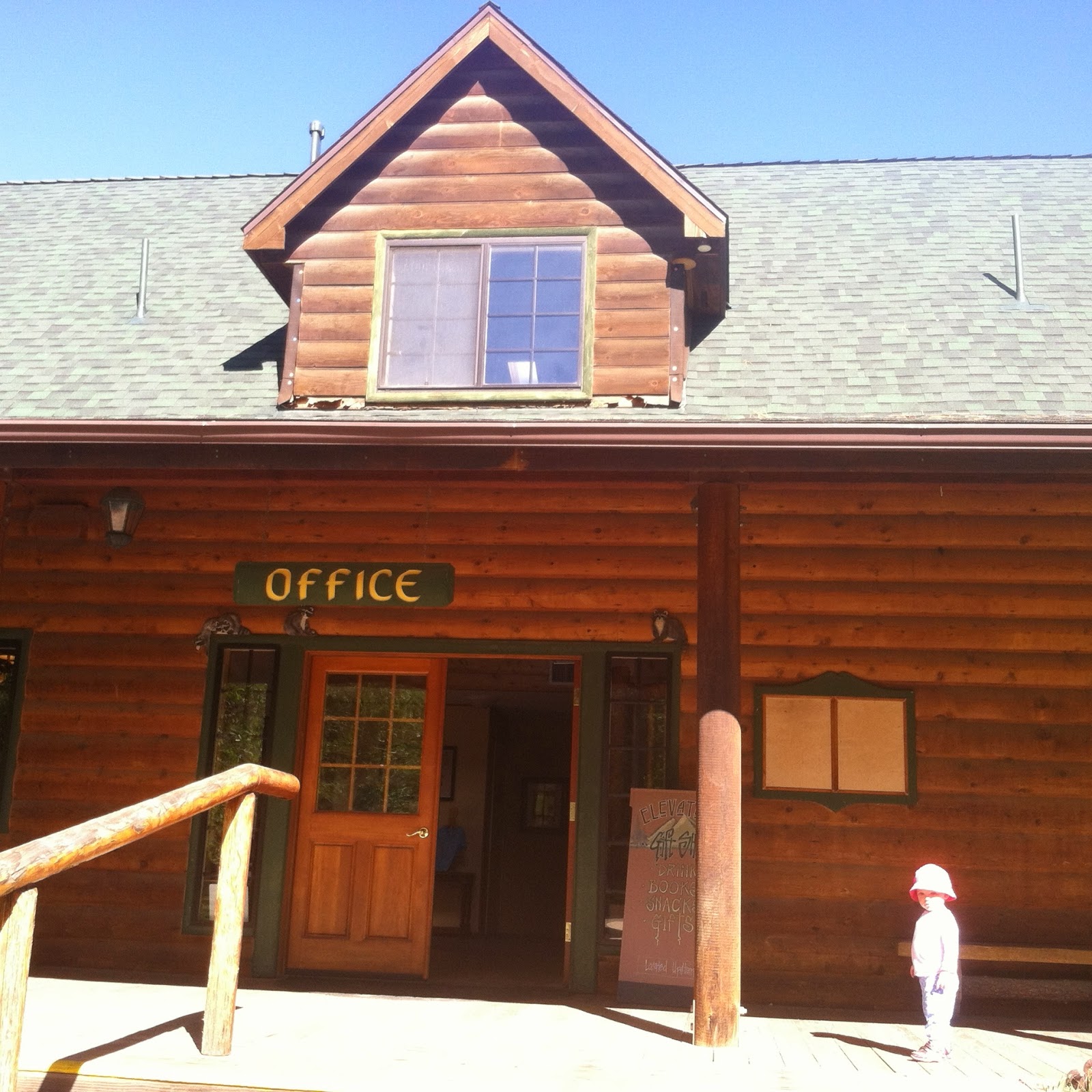 Standing in front of the office at the Pine Valley Bible Conference Center. It wasn't being used for anything specific while we were there, so we spent some time there in the afternoons to get out of the heat and so Emma could entertain herself climbing up and down the stairs. 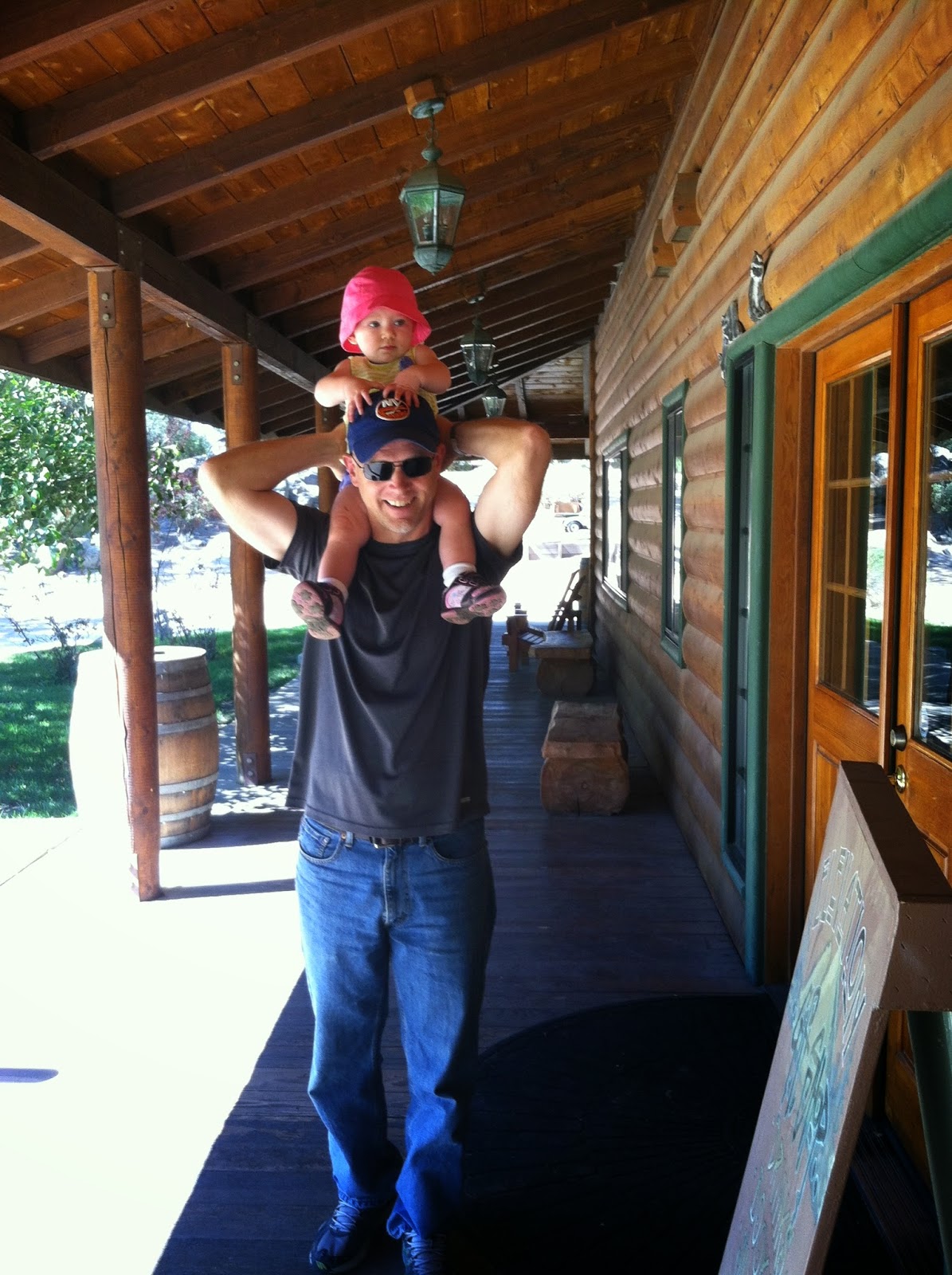 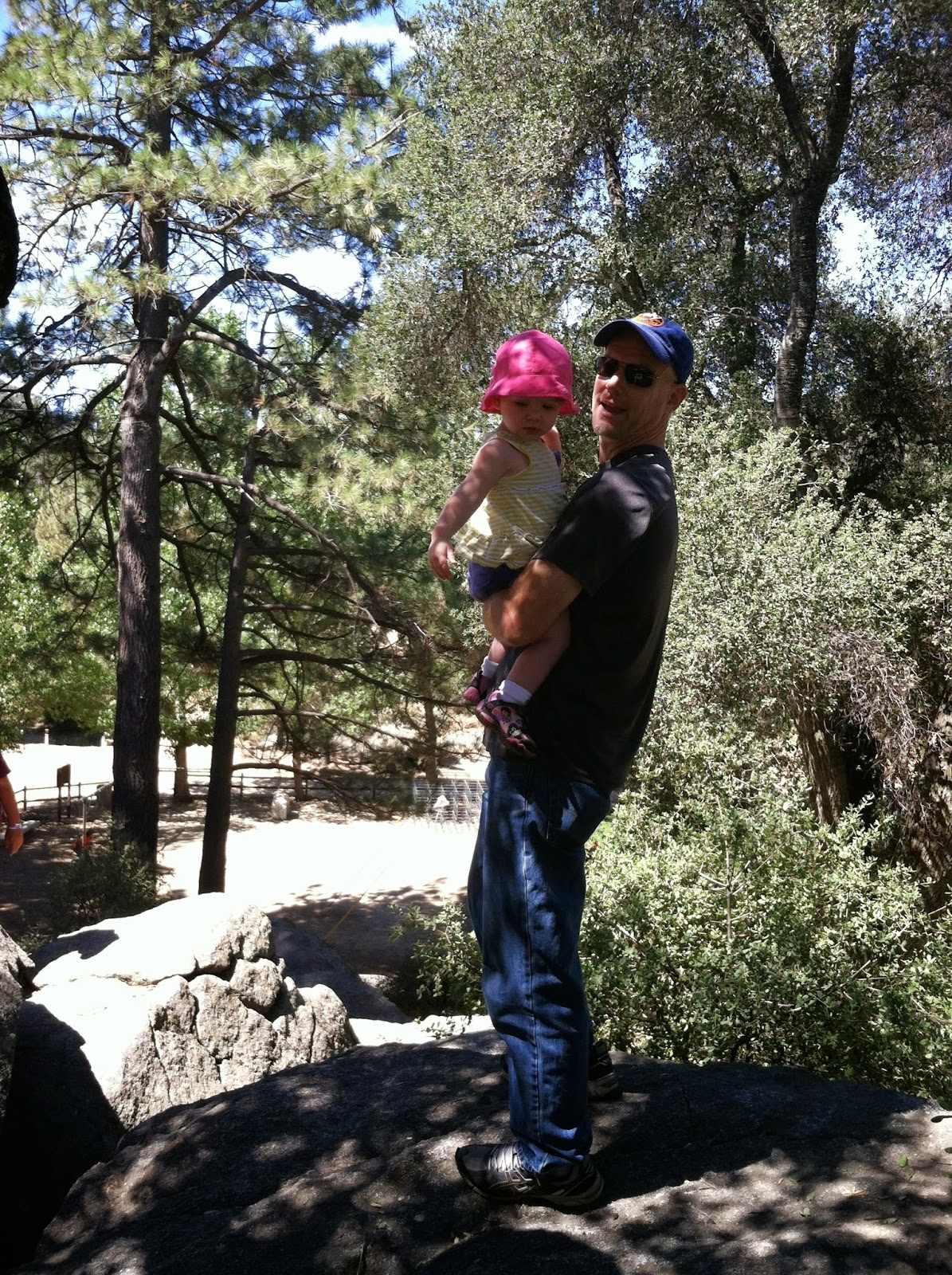 Dan hiked up some large rocks with Emma in his arms to get a better view. I wouldn't have attempted it, since with my natural gracefulness, we would've both plummeted off the side. 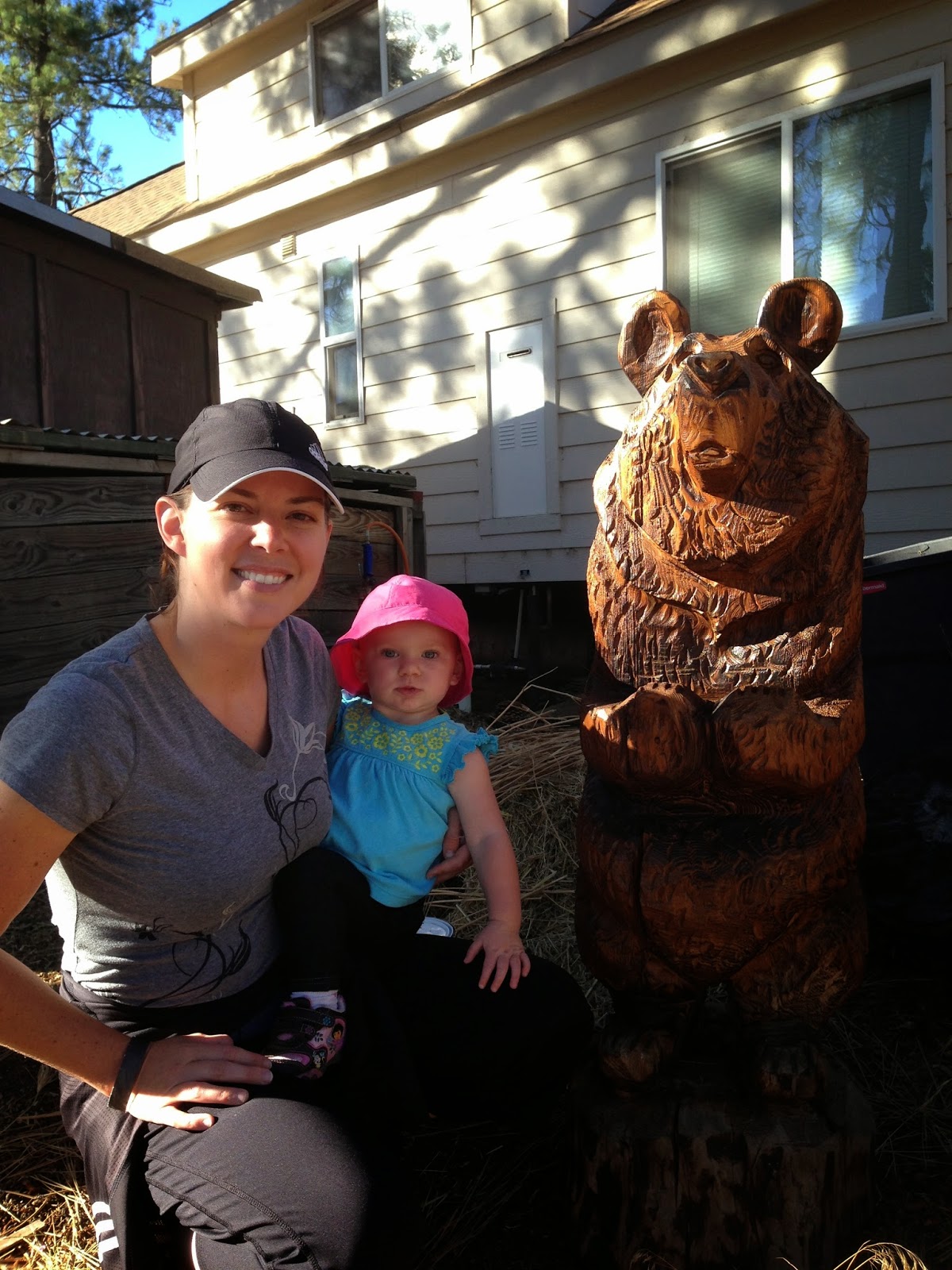 One of the employees carved bears out of tree stumps. Emma growled at them every time we walked past. 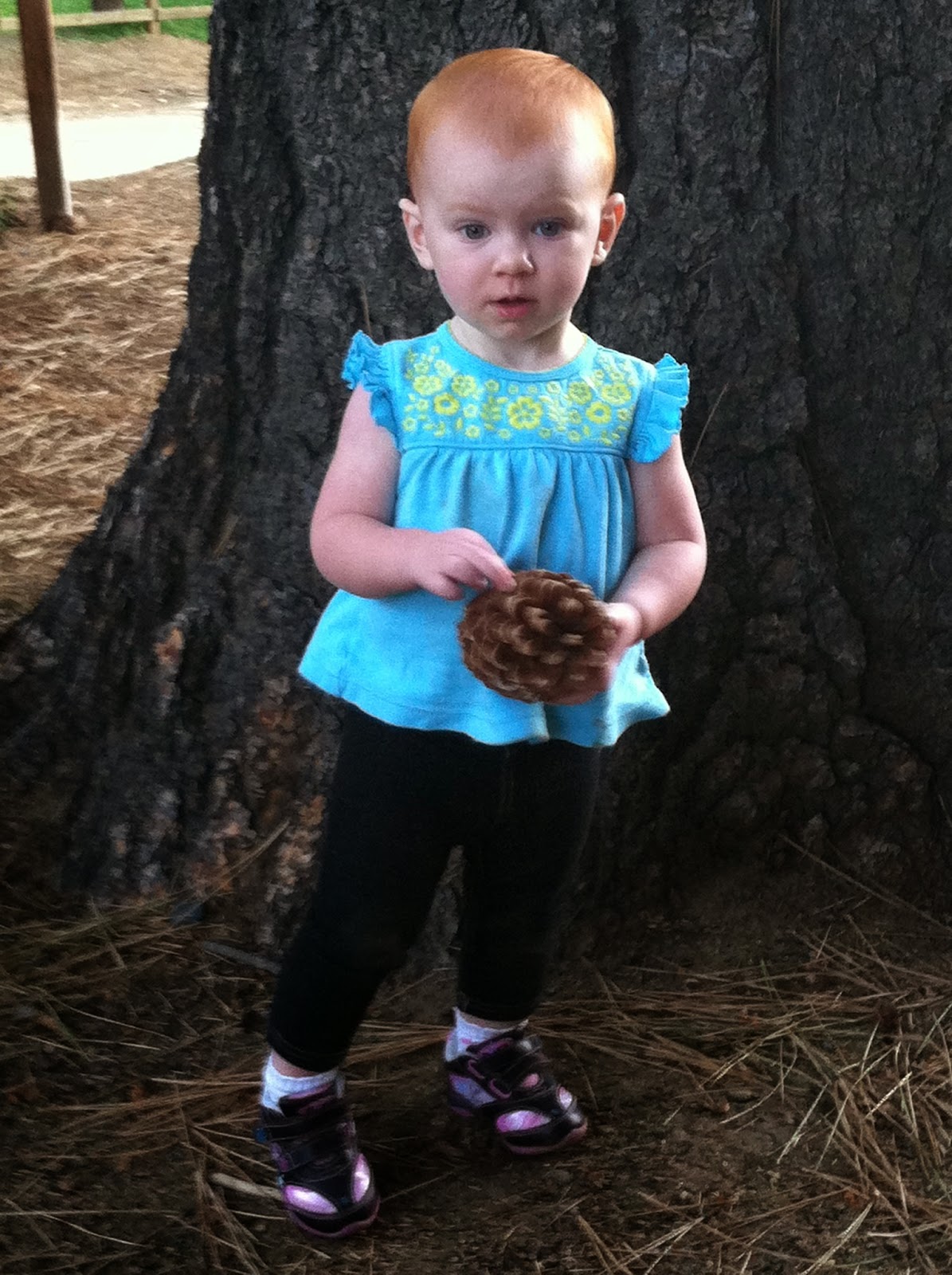 Taking a nature walk. She looks like such a big girl in this picture! 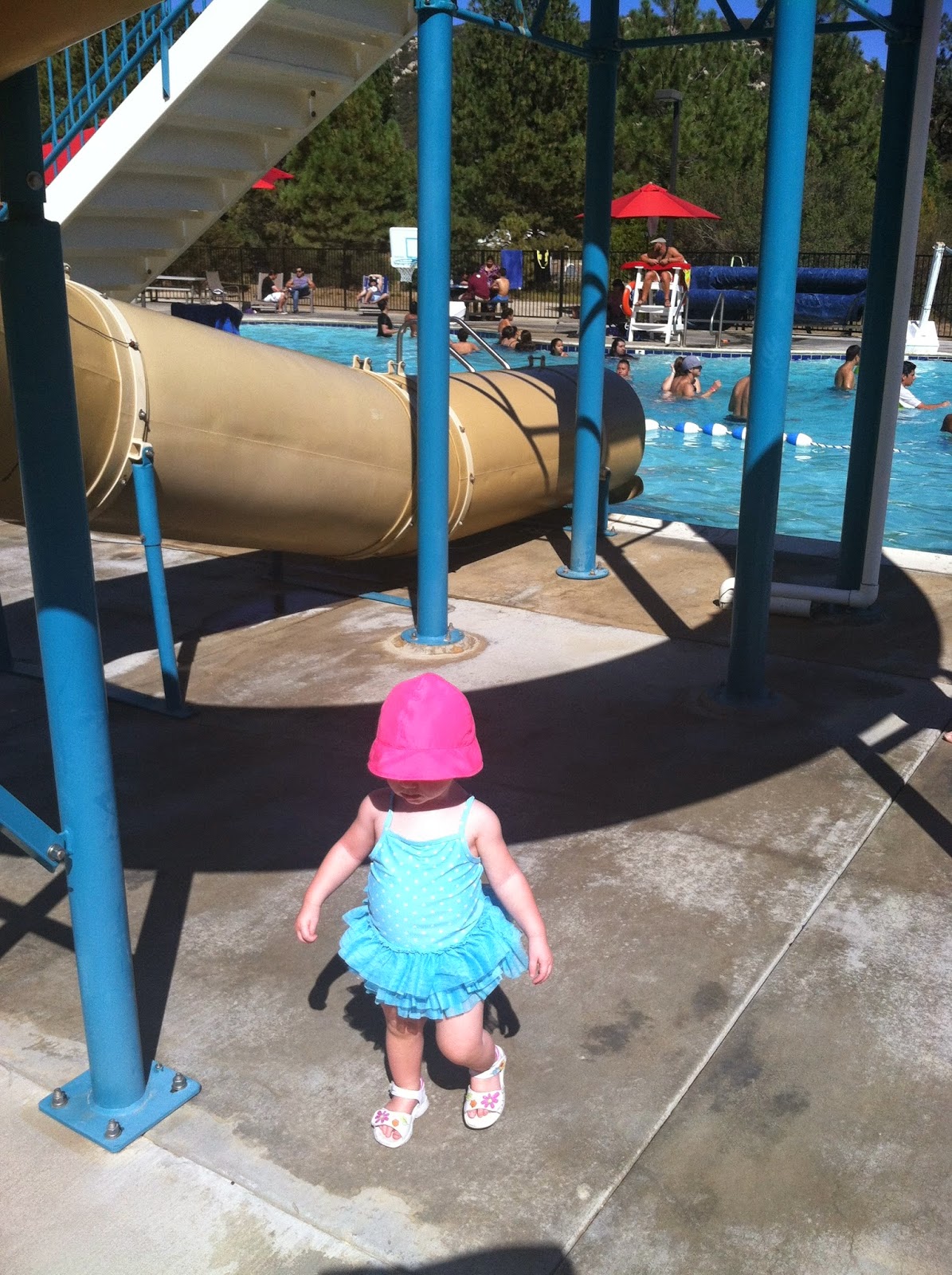 We swam in the pool one day and the water was really cold. I think it took us a full hour to convince her to go in. They had a big water slide that Dan and I took turns going down a few times. 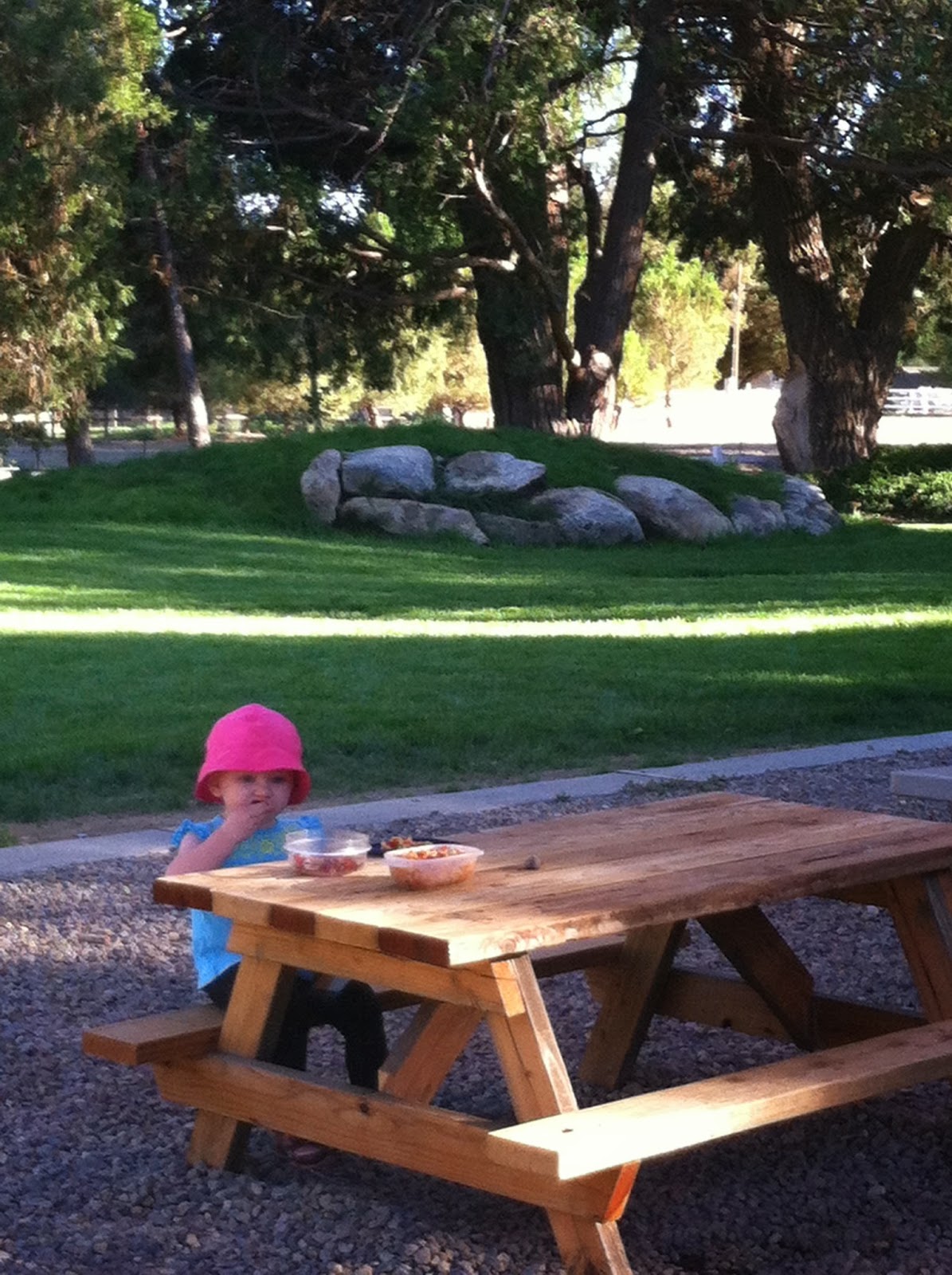 Emma wasn't a big fan of eating in the mess hall.  We thought she'd love watching all the teenagers, but since she wasn't feeling well from her cold, I think it was just too loud and overwhelming. So we ate outside when it was cool enough. 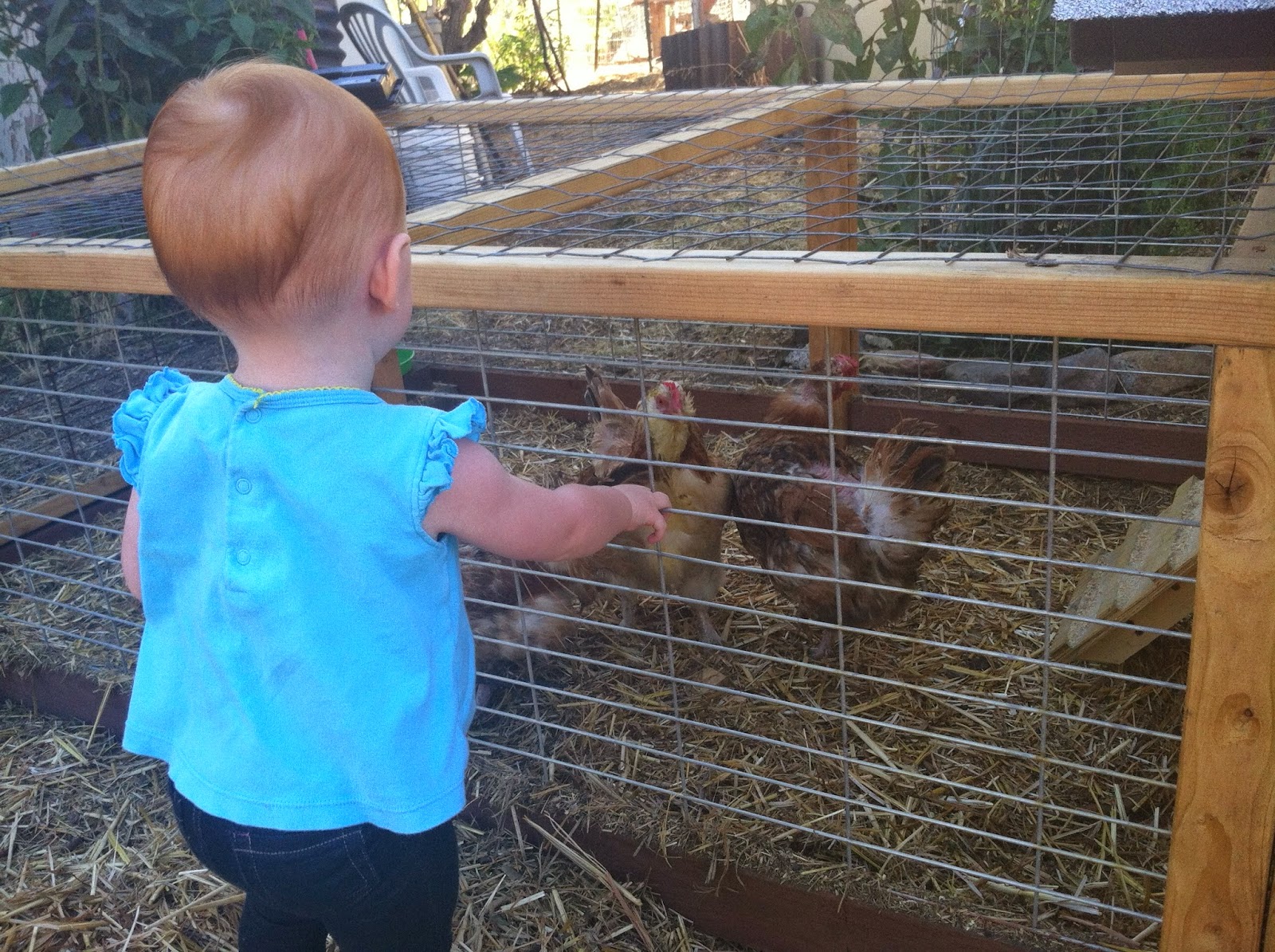 She did love meeting the animals who lived at the retreat center. They had chickens, horses, and goats! 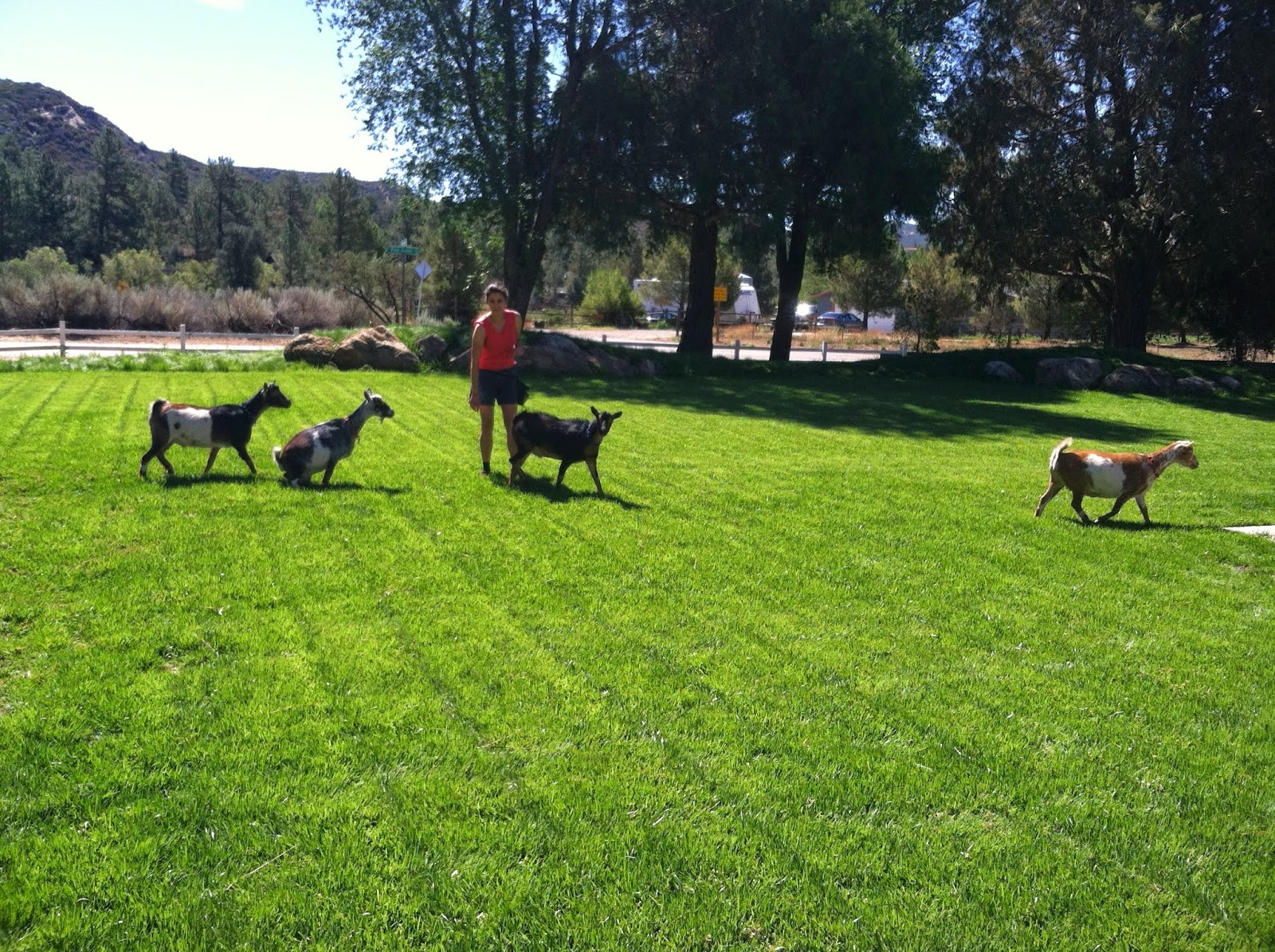 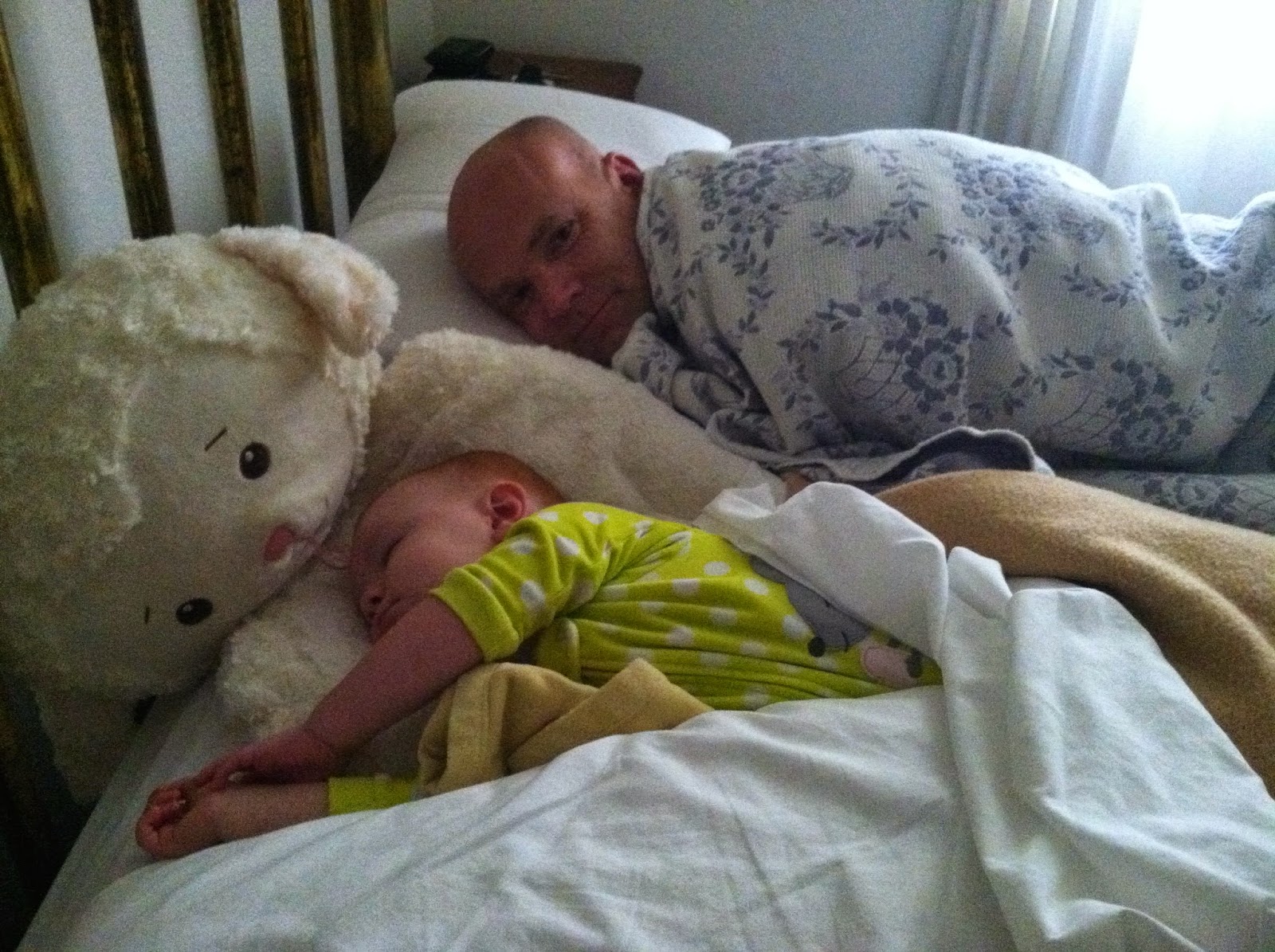 After such fun days, Emma would pass out in her pack n' play at night. Unfortunately, she couldn't breathe well through her nose, so she'd wake up fussy early in the morning. Like, 3 a.m. early in the morning.  For some reason, she could sleep just fine in our bed, where she immediately laid claim to all the space. This is why she doesn't sleep with us. 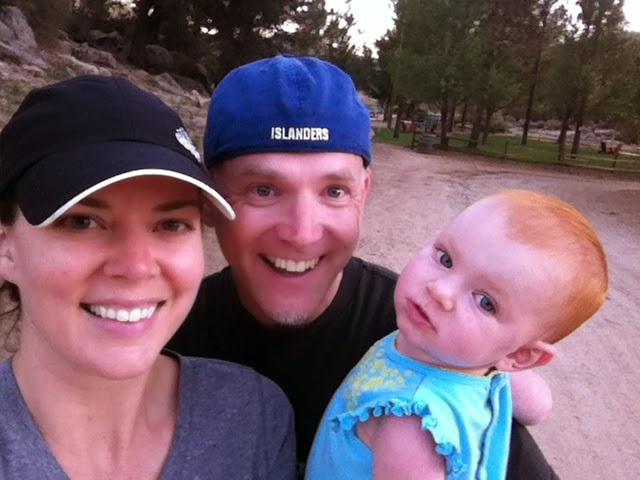 We had a fun family retreat! 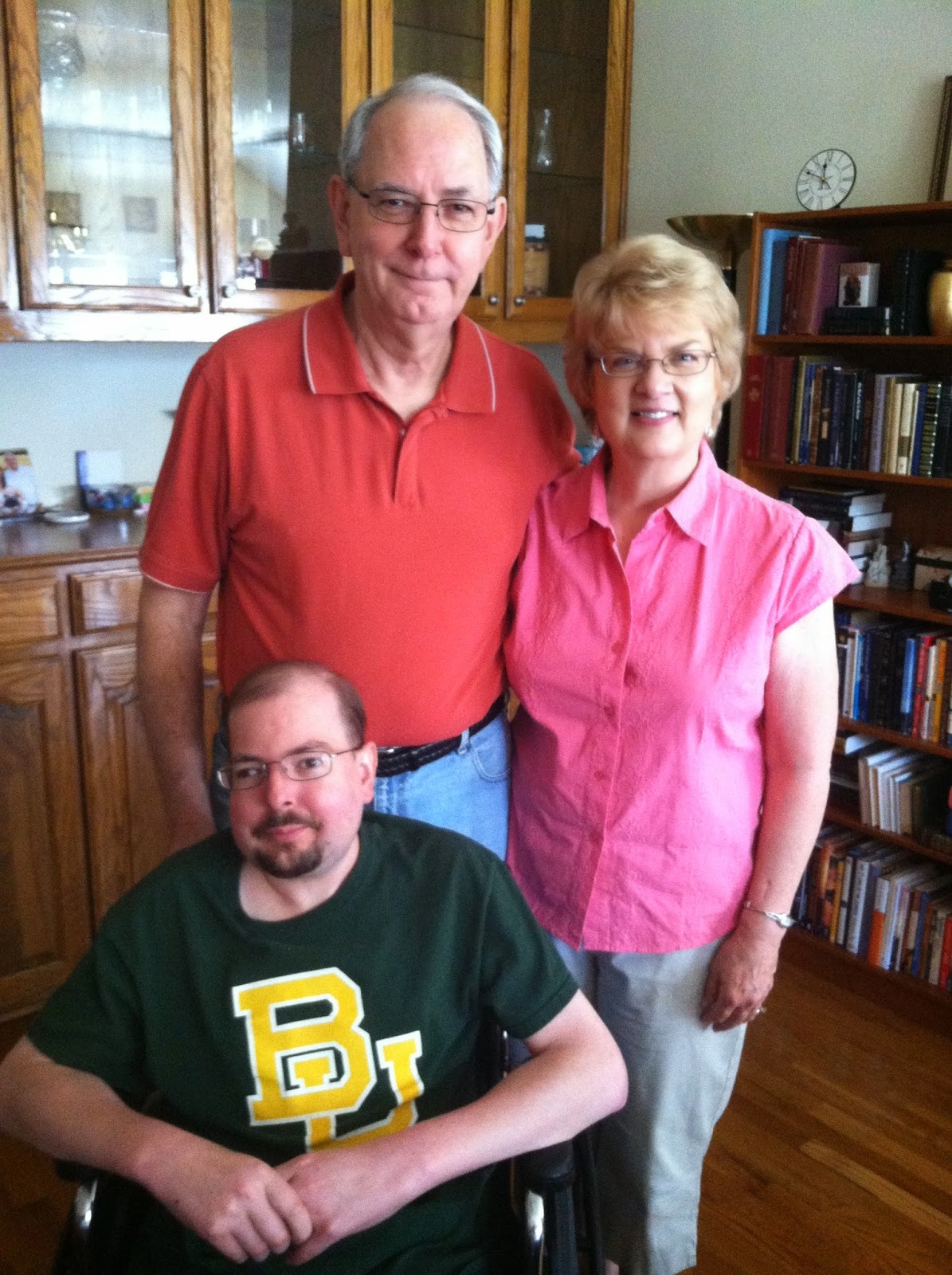 Our Labor Day weekend was spent in Fort Worth with three of our favorite people. 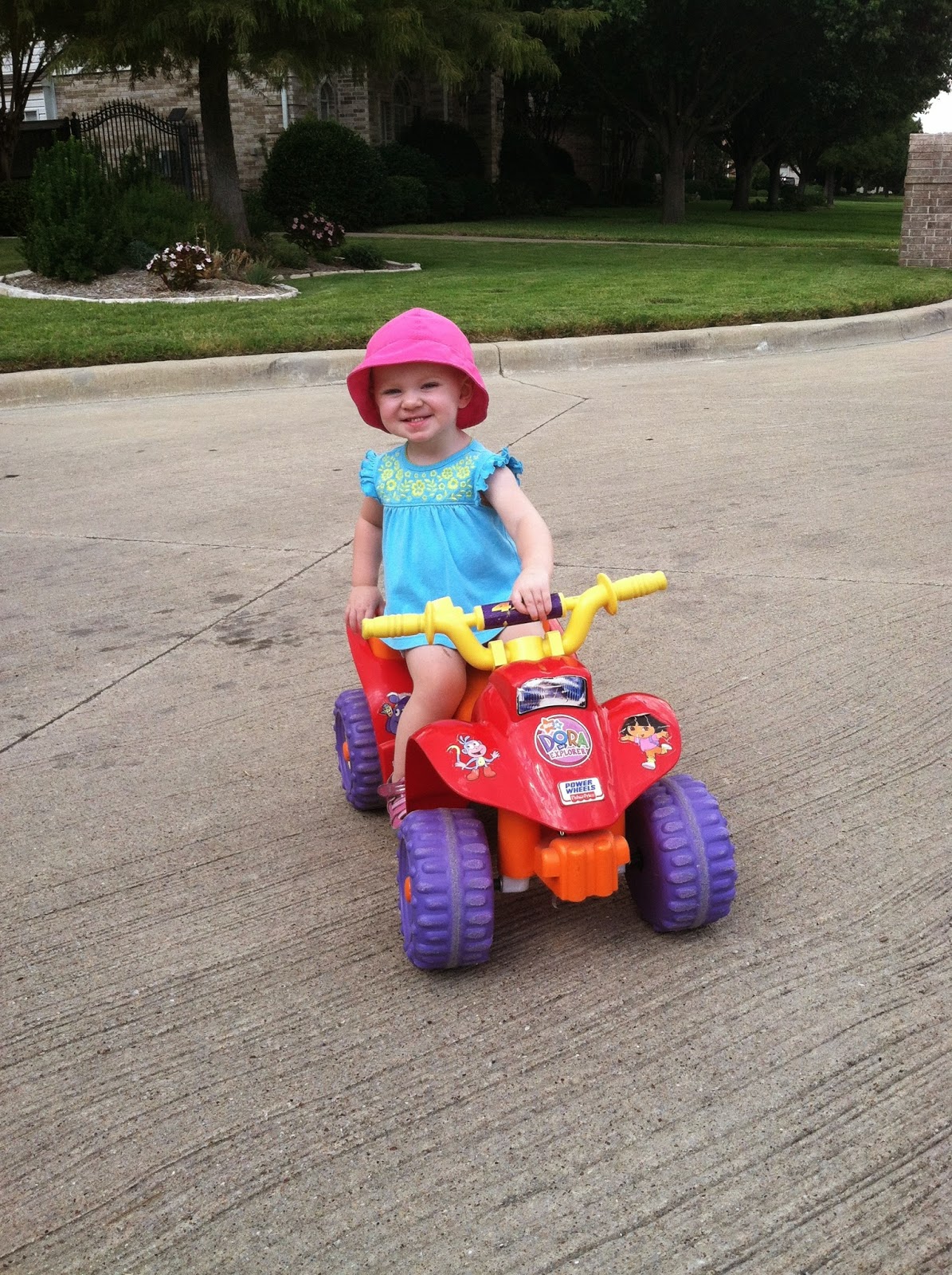 One of my parents' neighbors had a garage full of toys for all ages. We stopped by to play with their kids, and Emma got to ride a motorized four-wheeler for the first time. She had no idea how to steer, but she loved making it go! 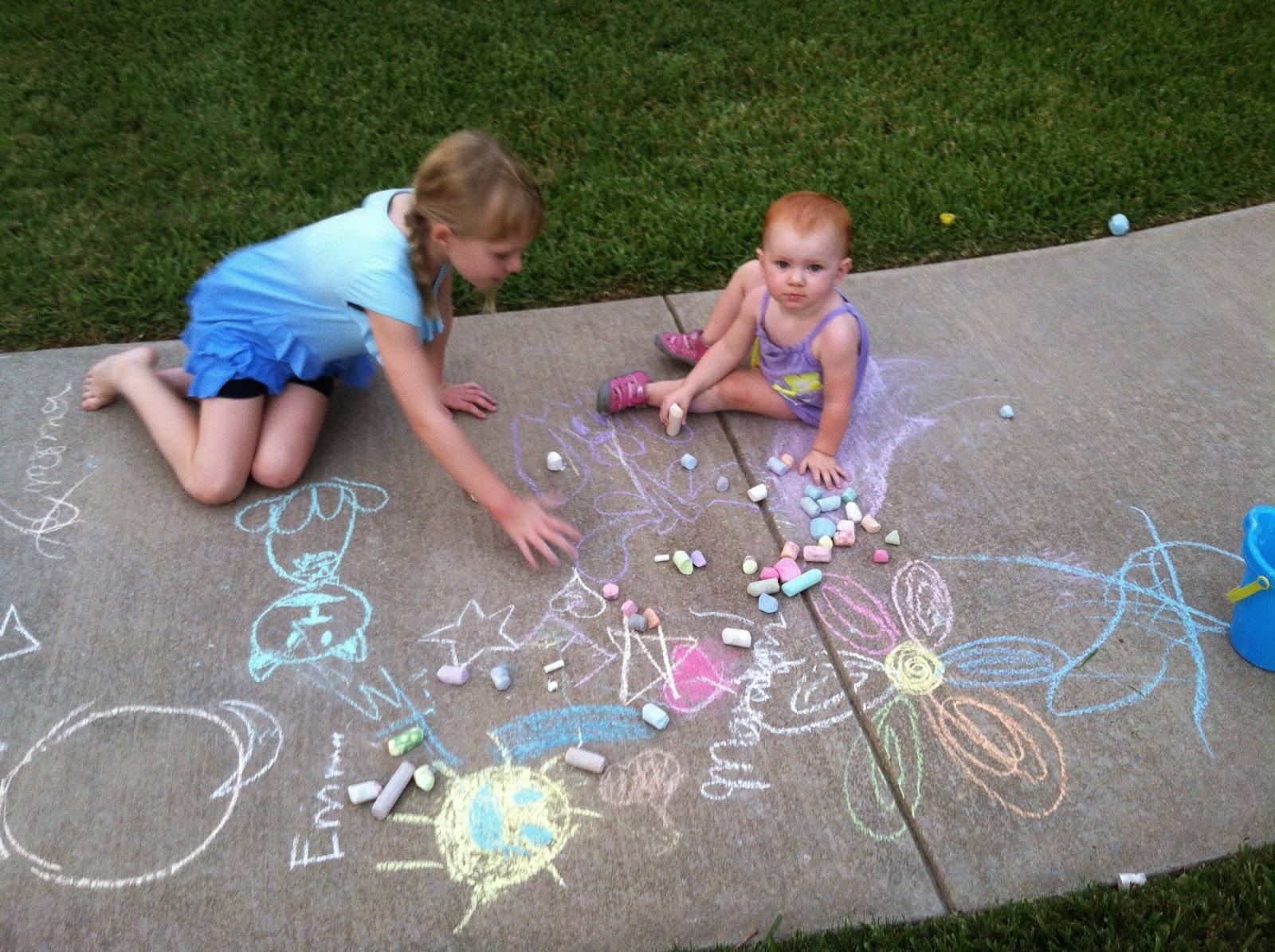 The neighbor's daughter, Marilyn, introduced Emma to sidewalk chalk, which is now her obsession.  She asks to play with "chalk" every single day.

Our extended family came over to my parents' house for lunch on Labor Day. I tried to snap a quick picture of everyone there, but I somehow missed cousins Brad, Remy, Tucker, and Sadie. 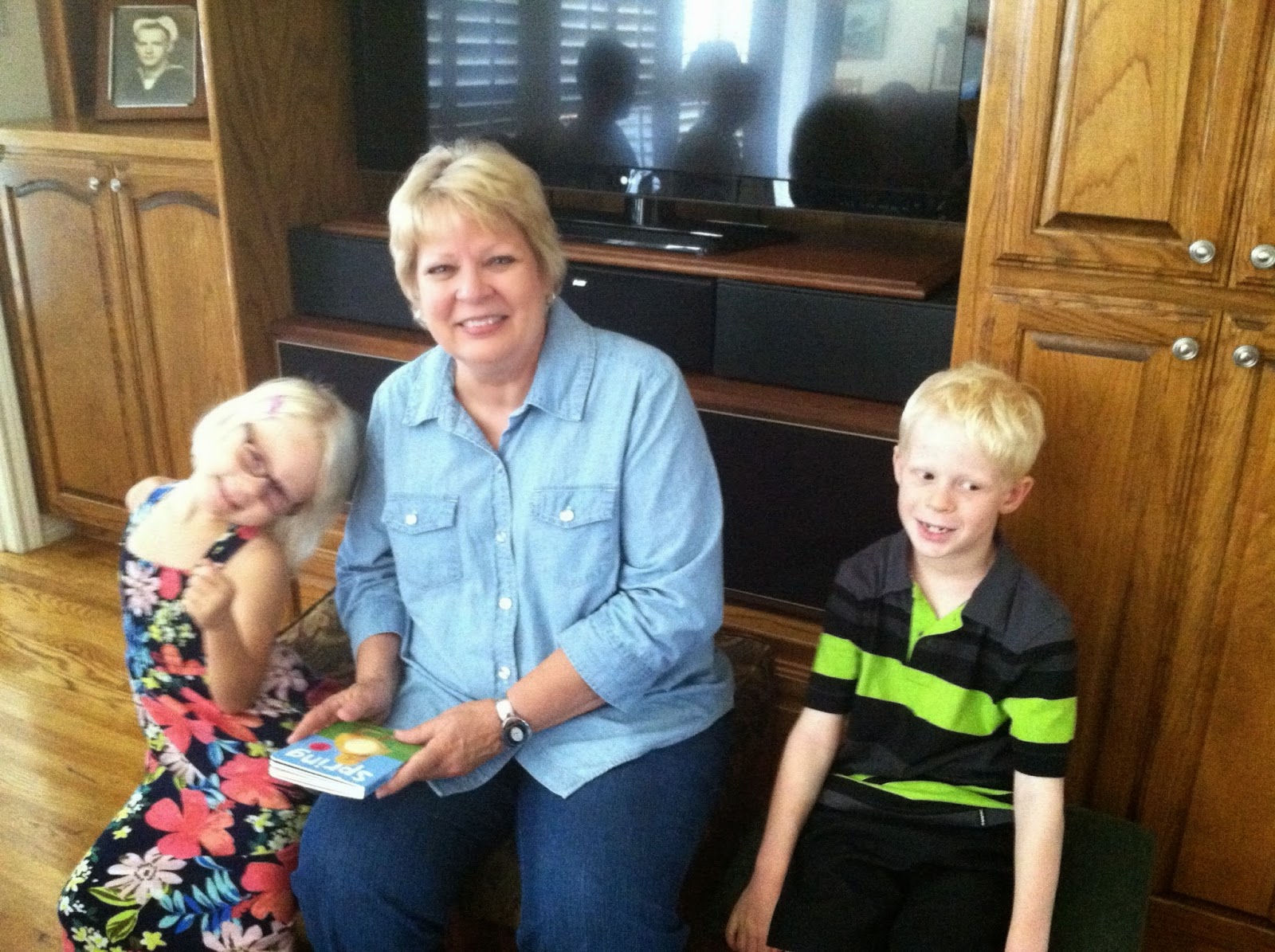 Aunt Jane with two of her grand kids, Laura and Jackson. 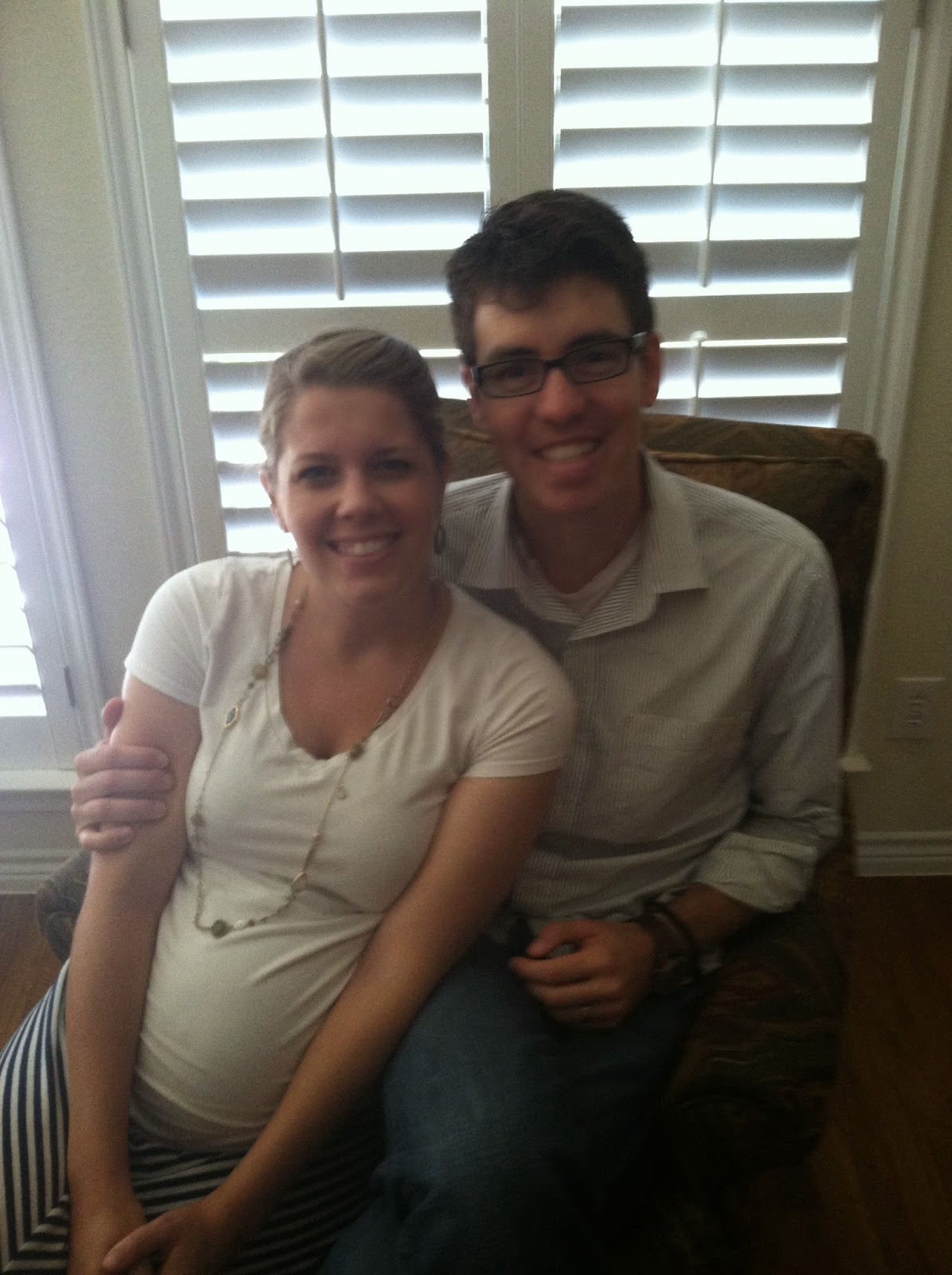 Emily and Kolby, who are expecting baby #2 in November! 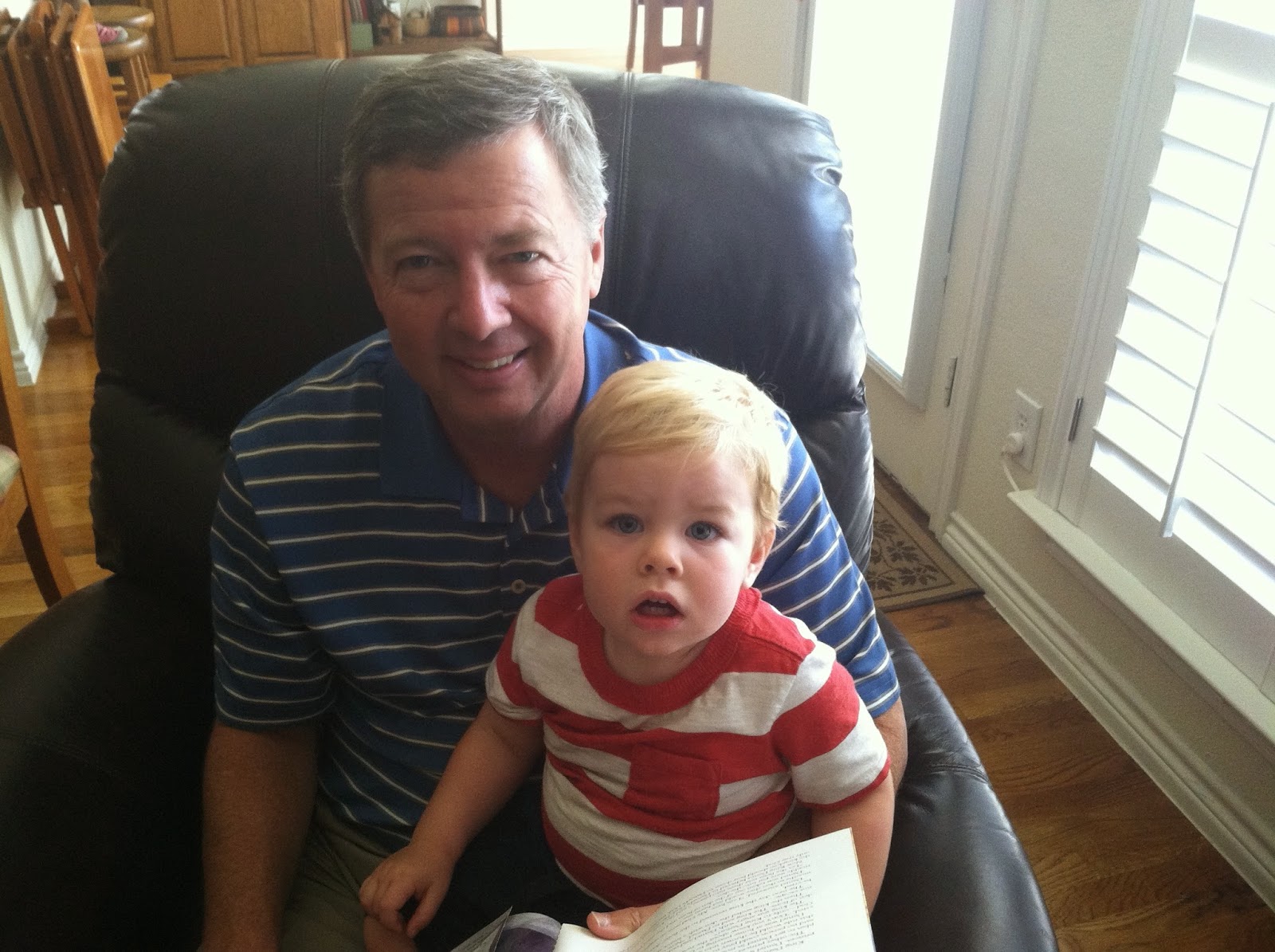 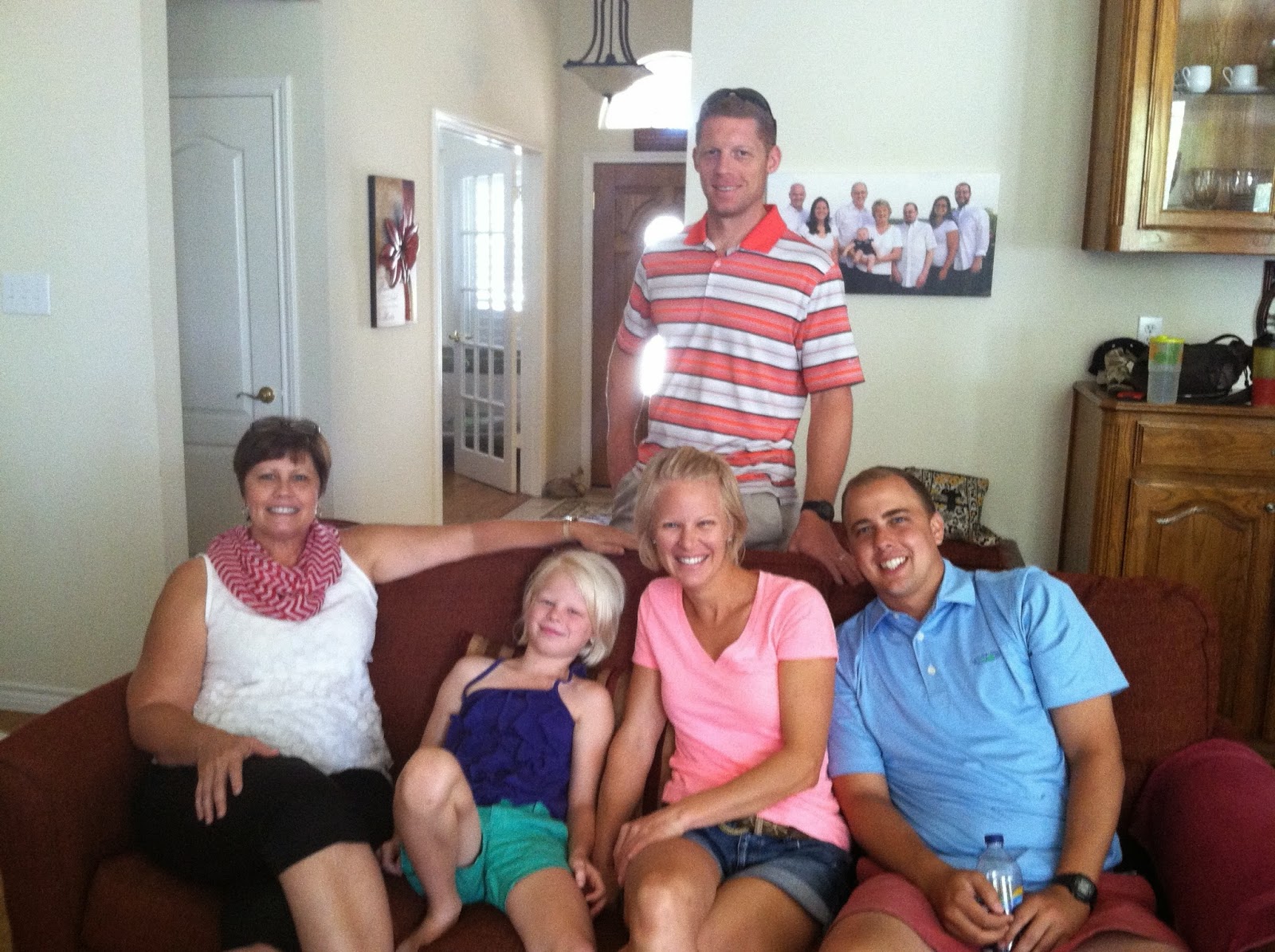 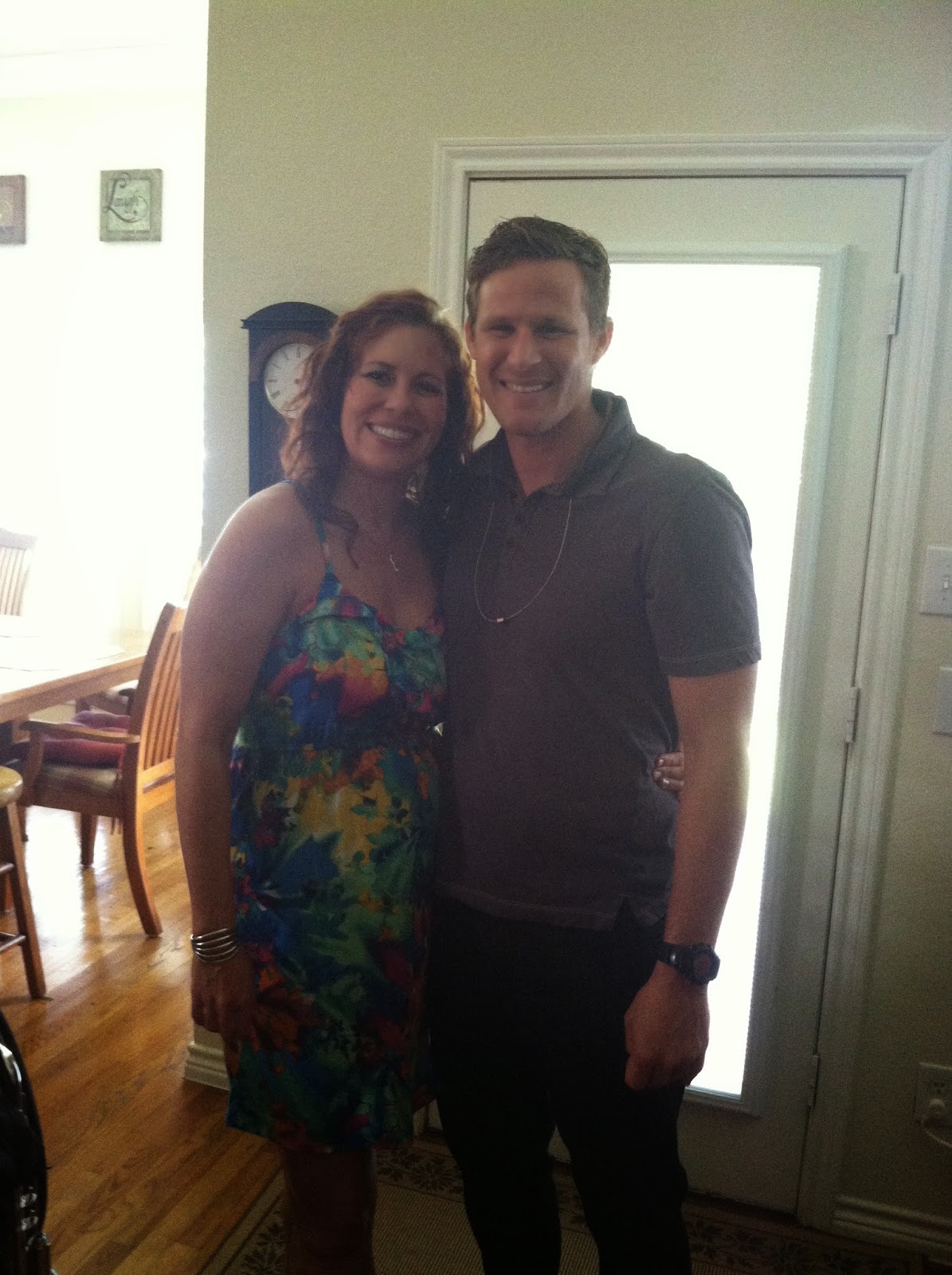 Cousins Leslie and Tim, who are expecting their first child in December. Our family is growing fast!
Posted by The Jesters at 2:04 PM

I spy the lamb mat we got Emma! :) The other day Beckett must have had a tummy ache and was up in the middle of the night so we brought him into our bed (which we never do) and we were reminded why we never do that. Toddlers are TERRIBLE bed buddies. I couldn't come close to falling asleep with him there. I don't know how other people do it!

Looks like a couple of great weekend! So great to see y'all.