We try to check out at least one of San Diego's many Christmas events each December, so on Sunday night we watched the San Diego Bay Parade of Lights for the first time.  It's a parade of decorated boats that proceeds along the entire harbor and bay area near downtown.  We got to our viewing spot on Harbor Island early, set up our camping chairs, and bundled up in winter gear and blankets.  Then we chatted with our neighbors and waited for the parade to reach us from its starting point on Shelter Island.  ﻿ 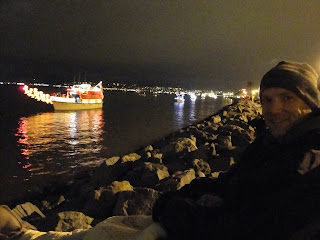 There were a ton of boats, so the parade took about an hour from start to finish.  They were all very creatively decorated, and some had theme music or Christmas music blaring from speakers.  One even had a live band onboard!  Here were just a few of our favorites: 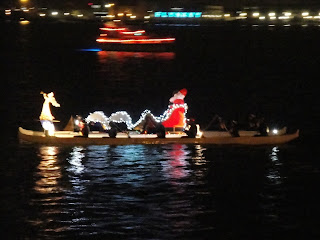 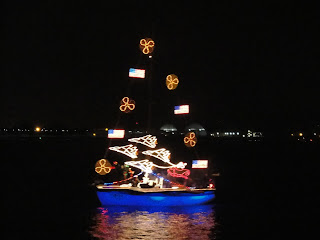 A Top Gun theme.  They were blaring "Highway to the Danger Zone" as they passed by. 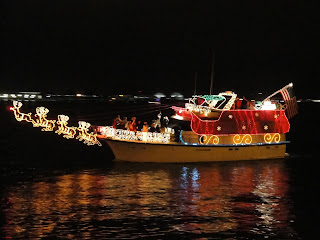 I don't know how they accomplished this, but they did an incredible job with the sleigh and reindeer. 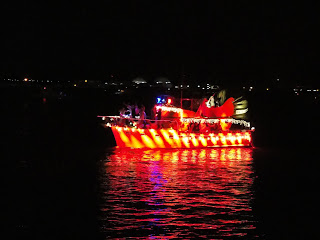 The ultimate party boat.  Super loud music, people having a dance party on the bow, and strobe light effects. 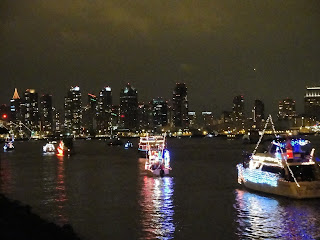 A pretty view of the parade continuing its journey towards downtown.

Later this week, we're also going to see "The Nutcracker" for the first time.  It's performed at the San Diego Civic Theater every year, and I got a great deal on center orchestra seats on Groupon. I think we'll really enjoy it.

In other news, Dan has gotten some pretty fun "birthday presents" from his staff this year, and he's loving it! 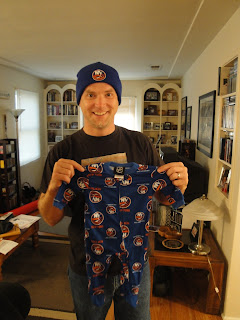 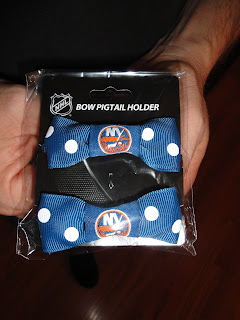 These will ensure she doesn't look too much like a boy in all her Islanders gear. I see many father/daughter hockey games in our little girl's future! 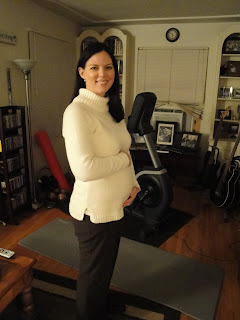 Me & baby girl at 22 weeks - more than halfway to our delivery date!  I've felt great during the 2nd trimester, and I feel her kicking and moving around a ton now.  About a week ago, Dan was able to feel her kick for the first time, too!
Posted by The Jesters at 12:00 PM

I love the pictures!! So exciting...

We love that parade!! And you look absolutely beautiful! Merry Christmas!

First, you look fabulous!! Second, that parade looked so fun!