We had an awesome Spring Break this year! I'm sure many of you know that Dan has a goal of attending a game at every NHL arena during his lifetime. So last week, we took a trip to NY, NJ, and PA that was organized around hockey games. No, I'm not that much of a hockey fan (or any sport for that matter), but I love our "hockey trips" because they often take us to areas of the country I've never visited before. And going to the live games is way more exciting than watching them on TV, so it's lots of fun for me, too.

We kicked off this trip in the perfect way - at a New York Islanders game!! Dan grew up on Long Island and became a die-hard Islanders fan during the 80s when they won 4 Stanley Cup Championships in a row. Their arena isn't getting any younger, and there's talk of moving the team to another city, so we figured we'd better get out there before everything changes! 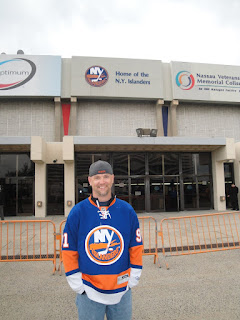 Dan's happiest place on earth - the Nassau Coliseum, home of the NY Islanders! 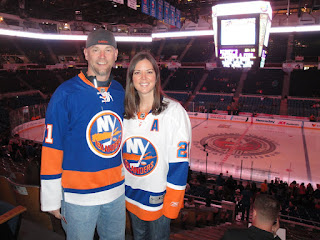 After 9 years of watching their games on TV, I finally got to see one live! 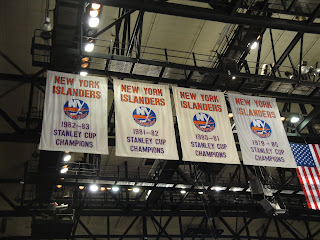 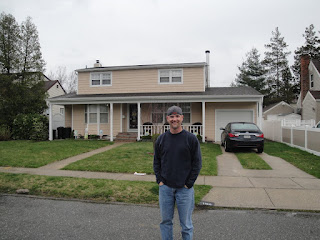 After the game, we spent the rest of the day driving around Dan's old haunts. We stopped to take a picture of the house where he grew up. His parents moved to Williamsburg, VA a few years ago, but they owned this house for almost 40 years! 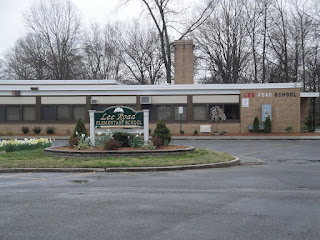 Dan drove me around some of the neighboring towns & showed me where his family used to attend church, the high school where his dad worked, and some of the restaurants & movie theaters where he'd meet his friends on the weekends. We saw most of his old workplaces and drove out to the beach to make sure the Jones Beach tower was still standing (it was). He said it felt like coming home, and it was fun for me to hear all his stories. 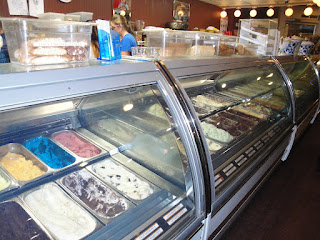 We ate dinner at Cafe Bacci, an Italian restaurant he remembered, and then stopped for dessert at International Delight Cafe. They had about a million gelato flavors to choose from! 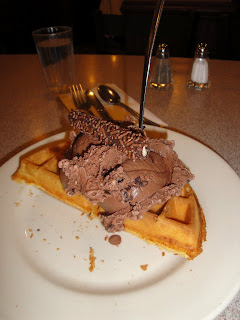 Fact: Gelato on a warm waffle is delicious!

The next morning, we continued driving along the NE coast of Long Island, and saw the cutest towns along the way. 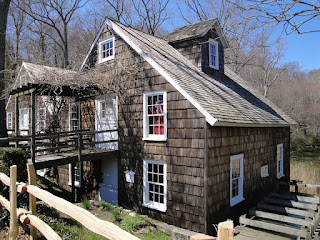 The Grist Mill in Stony Brook 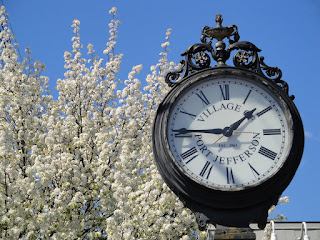 Most of the trees were still bare, but we saw beautiful cherry blossoms everywhere 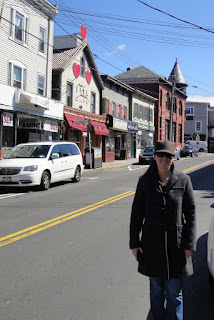 Port Jefferson was my favorite town of the day 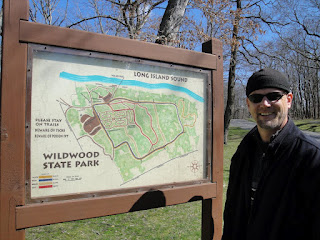 We stopped for about an hour to hike around Wildwood State Park, where Dan's family went camping when he was a kid. His memory astounds me! He took me to the exact site where they pitched their tent, then led me through the woods to a secret trail he remembered leading to the beach. I can't even remember where I parked my car when I go to a store. 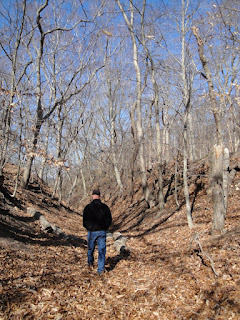 This is the unlikely-looking trail that leads to the beach. 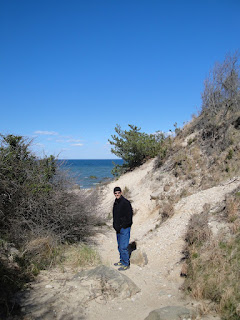 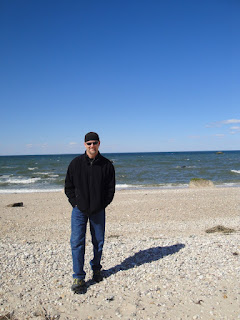 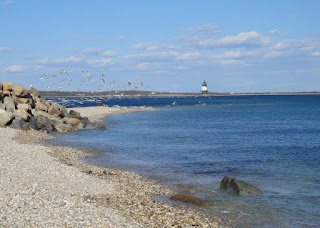 Then we hit the road again and drove to the very NE tip of Long Island to see the Orient Point Lighthouse. Isn't that the perfect East Coast scene? 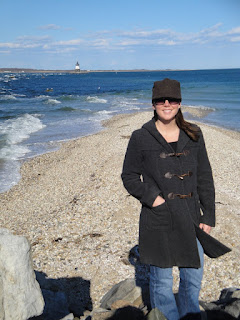 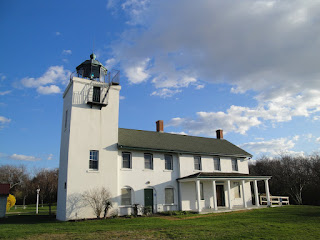 We saw a sign for historic Horton Point Lighthouse which is now a museum, and decided to check it out.

The next day, we drove along the SE coast of Long Island. This is where the famous Hamptons are, and Dan had never driven that far out. I think we enjoyed the NE coast more with their picturesque yet normal towns with schools, churches, & parks. The SE coast was more sparsely populated and touristy. When you did see neighborhoods, they were mostly the gigantic mansions near the water that come to mind when you hear about movie stars vacationing in the Hamptons. Most of them were gated for privacy, so we didn't bother taking many pictures. 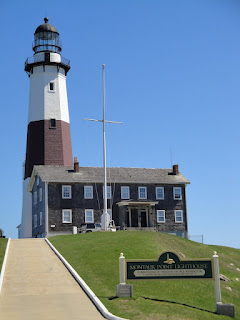 We made it all the way to the SE tip of the Island to see Montauk Point Lighthouse. 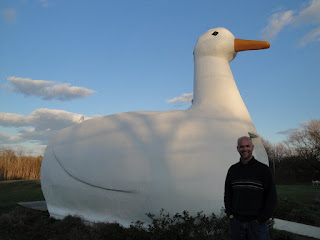 We also found the Big Duck in Flanders! It's got a museum inside that sells...(wait for it)...duck souvenirs. 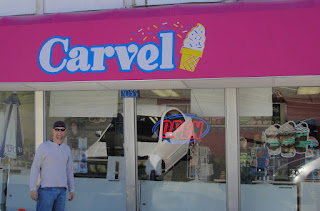 For once, Dan was the one wanting to stop for ice cream. :) He really misses Carvel, so we made a point to stop there on our way out of Long Island. Then we were on our way to New York City!
Posted by The Jesters at 6:02 PM

How fun!! You guys look great, as always. Thanks for sharing the adventure!