Dan & I love the crazy, busy weeks before Christmas. There are so many special events and opportunities to hang out with friends, which make the weeks fly by until it's time to visit our families! Last weekend, we joined our friends Kat and Burton at the annual December Nights festival at Balboa Park in San Diego. It's a HUGE event every year, which is the main reason we haven't gone in years past. Hundreds of thousands of people descend upon Balboa Park (which is in downtown San Diego) over one weekend, which means tons of traffic on the roads and zero parking spots around that area. I'm sure the local residents love it. (haha)

Kat and Burton go every year, and they know that the trick is to get there early enough in the day on Saturday before the sun goes down. Because the party really gets started once they turn on the Christmas lights around the park and the museums open for free after 5pm. We got there before 4pm, and it honestly wasn't so bad...until an hour later when all mayhem broke loose! Suddenly it was dark and entirely too crowded. We had meeting points set for when we lost each other in the crowds (it happened more than once). But we had a good time listening to the performances, visiting the art museum for free, and most of all, enjoying all the international food! They had food vendors representing every country you could think of, and it was delicious. Our dinner was at least 4 courses that night. 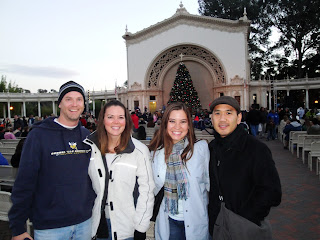 Dan, me, Kat, and Burton 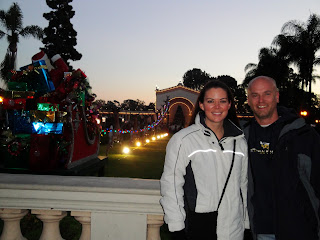 In front of Santa's sleigh 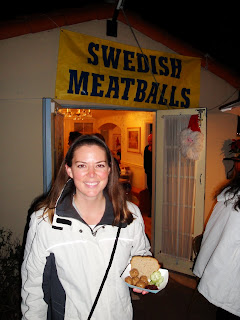 Getting in touch with my Swedish roots! 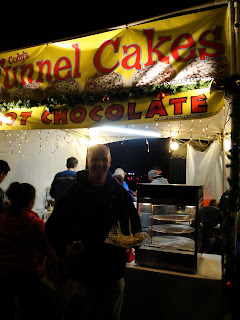 Funnel cake = happy Dan
This weekend was packed with Christmas events, too! Friday night was my company Christmas party, which is always a nice, semi-formal event somewhere downtown. Dan's school Christmas program was the same night, but he was still able to be my date since he didnt' have any responsibilities for the school program. He had gotten to watch the kids during dress rehearsal that day, and he was glad he got to see them perform. I hated missing the kids' performances - they're always so cute! Hopefully our event dates won't overlap next year. 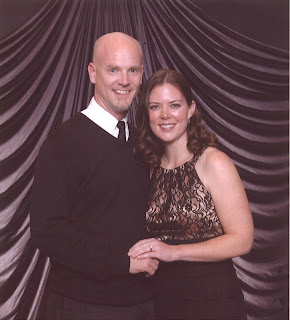 On Saturday night, Dan's high school staff got together for a potluck and game night before the holidays. They didn't tell him that it was also a surprise birthday party for him! So when we arrived, there were birthday party decorations and everyone sang "Happy Birthday" to him. It was fun and it's really hard to pull one over on Dan. He *may* have gotten a little suspicious that something was happening right before we arrived at the house and it *may* have been my fault because he can read my attempts at hiding something like a flashing neon sign, but I did my best. 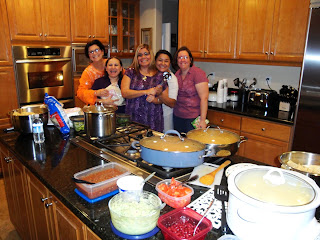 The fun & sweet ladies who hosted/organized/cooked for the party 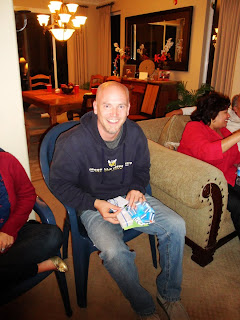 Dan got more birthday presents! He likes how I immediately refer to the gift cards as "our" gift cards, because it's times like these when we need to remember that the two have become one. :) 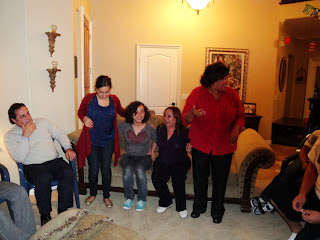 We played three rounds of "The Couch Game". The ladies got 4 members of our team on the couch and won the first game 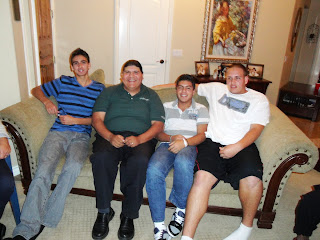 Then before we had time to blink, the guys crushed us during the second round 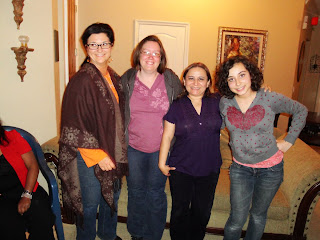 But the ladies killed it in the final round for sweet, sweet bragging rights
To top off the weekend, our neighborhood, Pacific Beach, had its annual holiday parade. It was 85 degrees and poor Santa was sweating buckets. It was fun to wish everyone a merry Christmas in flip flops & shorts, knowing that we'll be bundled up against the cold soon enough! 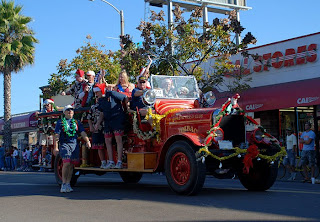 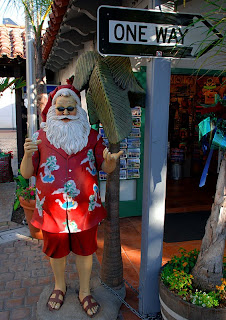 Santa looks a lot like this in our neighborhood
Posted by The Jesters at 4:32 PM

What a great time...your pictures make me miss those California Christmas's. Sure would love to see you both, soon!!
Love,
The Ferlands

How do you guys always have so much success with the couch game? I have tried teaching it to a few groups of people over the past few years and it has bombed every time! Kudos to you!

how fun!!! it makes me want to come to san diego, like, NOW! hope ya'll have a very merry Christmas!!!!!